Monday-Friday 9am-5pm Facebook Twitter 08000306838 sales@serverroomenvironments.co.uk
SRE uses cookies to improve the usability of this website. By continuing to use this site you are accepting the use of these cookies.
Find out more / Accept this notification X
We use cookies to ensure you get the best experience on our website.
More Info / Accept X
Home > Blog > Are Lithium Batteries Opening Up New Applications for UPS Systems? 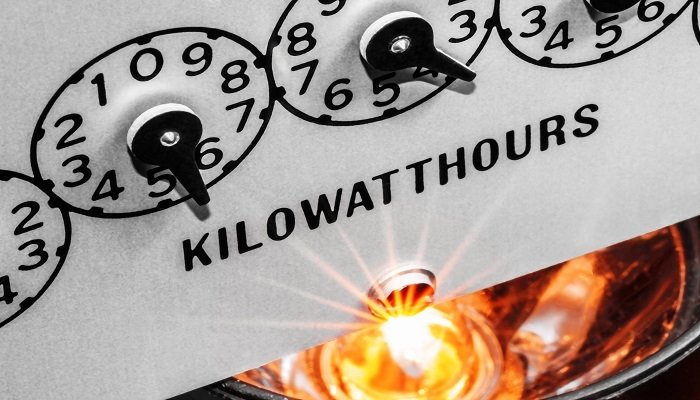 Uninterruptible power supplies need a stored energy reserve if they are to keep critical loads running during a power outage. Traditionally this has been a set of lead acid batteries and over the years there have been several attempts to replace these including DC flywheels and super capacitors.

More recently UPS manufacturers are offering lithium batteries as a potential alternative but what are the advantages of this type of battery and what’s the roadmap for a lithium UPS battery system?

The Traditional Role of UPS Batteries

The role of an uninterruptible power supply is to provide a continuous source of AC (alternating current) and to protect its critical load(s). A connected battery set can provide several roles depending on how it is sized:

In addition to the above, the UPS system also protects from mains borne pollution including spikes, sags, surges and brownouts and should provide a digitally generated sinewave output whose quality should be more than that can be drawn from a local mains power supply.

Lead acid or more predominantly valve regulated lead acid (VRLA) batteries have become the de facto choice for most UPS applications. They technology is well suited to the passive and standby role of the battery set in its traditional critical power role. Momentary power outages are rare and when they do occur can include one or two or more rapid occurrences and the UPS typically has enough charge to cover these periods. Even during longer mains power supply failures, the battery typically only performs a standby role until the output from a local generating set kicks-in.
When mains power is restored the standby battery is recharged, typically using a not very sophisticated trickle charging system to ensure that the battery is recharged to around 80% within 24 hours. Rapid charging generates too much heat within a lead acid battery and is life reducing and a potential fire risk.

Over the last 10 years the world has witness a surge in both solar photovoltaic (PV) installations and increased adoption of the electric vehicle (EV) in addition to mass adoption of mobile and tablet technologies. These applications use lithium-type batteries and in what could be described as an active rather than passive role.
Lithium batteries are more suited for these applications which require more frequent and faster charging and discharge cycles. However, the materials and construction of lithium batteries is vastly different to that of lead acid ones and requires a more complex battery management system including extensive monitoring points. Principally because a failure of a lithium-type battery can be more catastrophic than a lead acid type. Lithium when exposed to air and especially water releases hydrogen which is of course highly flammable. Therefore a cracked lithium battery is a potential fire hazard and whether the battery is used in a mobile device or UPS system requires great care when installing or removing for disposal and recycling.

However there is yet not better alternative for use in electric vehicles or for solar PV users who want to store their locally generated power for later usage. It is this energy storage feature that is being adopted by some UPS manufacturers for certain applications.

Several UPS manufacturers now offer one or two small single-phase uninterruptible power supplies with a built-in lithium-ion battery of ratings up to 2kVA. There are certain applications where this type of power supply is useful including remote access and rapid power interruption sites. The UPS systems are more expensive than a lead acid based alternative (by 20-30%) but the battery set will typically last two to three times longer in terms of its working life. The complete system is self-contained with the UPS featuring a modified battery charging system.

Some commercial and industrial UPS manufacturers working in conjunction with battery suppliers now feature ‘bolt-on’ lithium battery pack options for their systems. The application advantages are similar in that the lithium battery pack provides a greater power density than a lead acid one, more rapid charge/discharge cycling and a longer design life of 10-15 years or more compared to the 5 or 10year lead acid versions.

The coupling of larger three phase uninterruptible power supplies with a lithium battery set also provides an option for system owners to support demand side response programmes and benefit from feed-in-tariffs (FITs).

A New Role for UPS Systems as Revenue Generators

The UK National Grid for example has developed several demand side response (DSR) programmes to help to maintain the frequency of the grid between 49.5-50.5Hz.This is both an operational and statutory requirement. More info: https://www.nationalgrideso.com/document/92441/download

Solar PV and Wind Turbine applications were the first more commonly available types of renewable power installation that could be used to generate revenue for their owners through government feed-in-tariff schemes. With the introduction of DSR programmes, generating set owners have also been able to couple up with aggregators who manage load connections to the grid on their behalf and pay for use of their generated energy to support the grid and maintain its frequency. Lithium battery adoption now provides this option for UPS system operators and those with particularly large systems i.e. data centres whose uninterruptible power systems may be several hundred kVA or MW-sized.

Here the application for the UPS is either to disconnect from the grid and to support the critical load i.e. the data centre operation on battery at set times or on request. However some UPS manufacturers have adapted their systems to go one stage further by introducing bi-directional rectifiers.

The rectifier is the front end of a UPS and converts the mains or generator power source from AC to a direct current (DC) and at different voltage levels, to charge the battery set and power the inverter section. A bidirectional rectifier can draw power from the battery set and convert this back to AC to feed into the local grid supply. During this operation, the inverter continues to support the load.

So what are the risks for the data centre operator? There are some to consider.

The Uptime Institute provides a Tier-rating system which characterises a data centre operation by its levels of resilience and systems redundancy. More info: https://uptimeinstitute.com/tiers. Data centre operators with redundant UPS systems will have a parallel configuration and possible running from separate A and B supplies. If they do allow one of their UPS systems to be used in a demand side response program, the UPS theoretically may not be available instantaneously to maintain the Tier-rating certification. As of today the Uptime Institute is still considering this question.

The principle role of a UPS system is to provide uninterruptible power. Whilst there are opportunities to generate revenue to off-set CAPEX and OPEX costs, would a data centre manager, want to reduce their potential UPS battery capacity availability. Whether the UPS has a lead acid or lithium battery, any discharge of the stored energy will require time to recharge and recover from. The UPS must have enough battery capacity to cover momentary power outages and the start-up of a local standby generating set.

Most data centre UPS systems are installed with a 10-30minute battery. Allowing up to 2 minutes for a generator to start means 8-28 minutes for DSR programmes or 4-14 minutes if you build in a 50% safety margin. Is this really long enough to generate enough revenue, even when you take into consideration and annual grid-side connection fee?
Some data centre operators may view DSR and the use of lithium back-up UPS systems to off-set carbon footprints and meet their green objectives. If they cannot use one of their A and B sets, then perhaps they could consider recommissioning an old enough UPS system for this purpose or one on a less critical side of the data centre facility.

Whether using UPS systems in DSR-type programmes is just a bandwagon or not, the adoption of lithium batteries by UPS manufacturers will become more prevalent with a greater range of models available. Below 3kVA, lithium batteries could become the standard battery for small UPS installations.

For larger systems and whether lithium will take over completely from lead acid in the uninterruptible power supply industry remains an open question to be debated further. If the technology does become more widely adopted, then greater advances will have to be setup in terms of battery recycling, and this is another area that the lead acid battery has the edge in…so far.

Uninterruptible power supplies have several consumable parts of which the battery set is the costliest requiring replacement at least once or twice during its working life. What costs should you take into consideration when deciding whether to replace your UPS batteries or upgrade to a new UPS system?

Ever since the UK Government introduce the feed-in-tariff (FIT) for solar PV and wind turbine installations, one of the biggest challenges has been how to store the generated energy for later use. Lead acid batteries have limited capabilities when it comes to frequent energy storage and discharge cycles and are more suited to standby power applications. Applications including electric vehicles and mobile computing applications also required an energy storage mechanism that could cope with rapid charge/recharge cycles and offer a longer working life. Lithium-ion batteries have rapidly become the energy storage device for these applications and are slowly being adopted into UPS system applications.