Monday-Friday 9am-5pm Facebook Twitter 08000306838 sales@serverroomenvironments.co.uk
SRE uses cookies to improve the usability of this website. By continuing to use this site you are accepting the use of these cookies.
Find out more / Accept this notification X
We use cookies to ensure you get the best experience on our website.
More Info / Accept X
Home > Blog > How To Select Batteries for Datacentre Energy Storage Applications 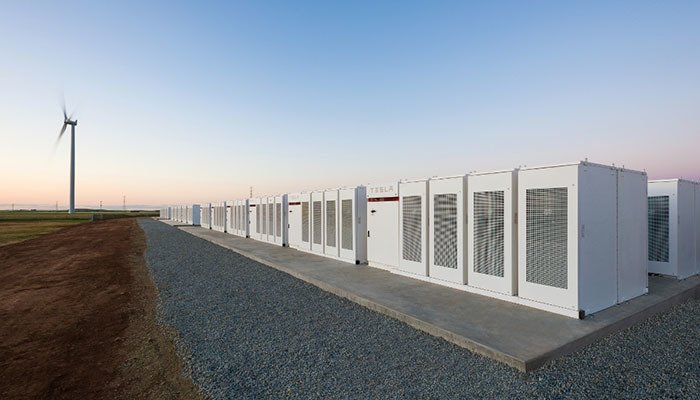 The UK like many other countries is experiencing an energy revolution. Energy storage is seen as one technology that can help countries to meet their energy demand needs, low carbon and climate change obligations. Storing energy for later use is a growing industry with expert reports proposing 5-year compound growth figures of over 22% for the domestic market alone.

There are several technologies available ranging from pumped-hydro to flow batteries and compressed air storage in underground caverns at the grid level, to the use of local energy storage (LES) systems within commercial and residential properties. The role of an LES is very similar to that of an uninterruptible power supply but in a primary or ‘active’ role rather than a secondary ‘standby’ one.

Within datacentre and server room environments there is a growing interest in how best to apply energy storage alongside UPS systems. There is still the need for protection from local power outages, but the emphasis is more on how to:

Energy storage systems can act as a virtual power plant where the energy storage during off-peak periods or from renewable power sources, can be used as the primary source when mains power is available but at peak-rates. The difference in electricity kWh costs can be used to recover the spend on the capital investment. This type of arrangement could benefit domestic as well as some commercial properties.

For datacentre operators a virtual power plant arrangement provides the option for the facility to become more grid independent. The stored energy could be used to support a UPS system and reduce the need to run on local standby power generators which are typically diesel powered. In addition the stored energy could allow the site to take part in a National Grid demand side response type program or feed-in-tariff arrangement.

Demand side response programs are aimed at balancing demand on the grid and maintaining the frequency within set tolerances to the National Grid to avoid Ofgem penalties. As part of a DSR program, a datacentre could agree to disconnect itself from the grid for a set period thereby removing potentially demand for up to several hundred kilowatts or megawatts of power from the grid. Stored energy could also be exported back to the grid in much the same way as wind turbine and solar PV plants operate.

A UPS system is designed for use with a specific battery type, whether this is lead acid or lithium. There is no dual-source UPS system currently available. This means a decision as to which battery technology is right for the application must be taken at the project design stage.

UPS systems have always stored energy for later usage. The difference between this type of arrangement and that of a local energy storage system is that the charge/discharge cycles are more frequent and the wider applications available including taking part in grid balancing roles. Within the next five years lithium-ion will become the dominant battery choice over lead acid for datacentre and server room backup power applications. This will then give operators the choice as to how they configure their UPS. Whether as a standby power source for emergency protection from power outages or in a more proactive energy storage role.

Ever since the UK Government introduce the feed-in-tariff (FIT) for solar PV and wind turbine installations, one of the biggest challenges has been how to store the generated energy for later use. Lead acid batteries have limited capabilities when it comes to frequent energy storage and discharge cycles and are more suited to standby power applications. Applications including electric vehicles and mobile computing applications also required an energy storage mechanism that could cope with rapid charge/recharge cycles and offer a longer working life. Lithium-ion batteries have rapidly become the energy storage device for these applications and are slowly being adopted into UPS system applications.

Micro grid technologies were originally designed to allow sites to become grid independent. A typical site has a solar PV or wind turbine installation, some form of battery to store the locally generated energy and an inverter to convert the stored DC energy into an AC supply for the connected loads. The site may also have a local diesel standby power generator. This type of energy storage arrangement is one that can benefit both datacentre and national grid operators.