SRE uses cookies to improve the usability of this website. By continuing to use this site you are accepting the use of these cookies.
Find out more / Accept this notification X
We use cookies to ensure you get the best experience on our website.
More Info / Accept X
Home > Blog > How Generators and UPS Systems Provide Backup Power 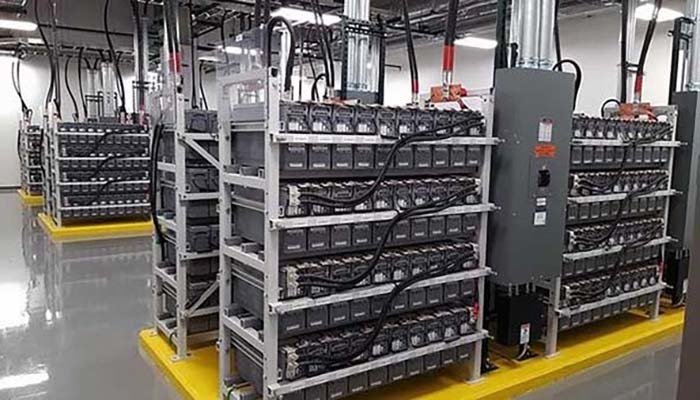 Generators and uninterruptible power supplies (UPS) are designed to provide back-up power when the mains power supply fails or fluctuates wildly. There is a principle difference between how these two power protection devices achieve this and it lies in the generation and storage of the energy they provide.

An uninterruptible power supply is designed to provide a stable and secure source of power when the mains power supply fails or fluctuates. This is achieved using a battery set which is charged when mains power is present and an inverter. In an on-line UPS system, the inverter is constantly running. The inverter will be supplied a DC power source from the AC-DC rectifier and battery charging stage or from the battery set.

When the UPS system sees a stable electrical power supply from the generator set, the UPS will draw on this source of AC power (as a replacement to the mains power supply) and its battery set will go into recharge.

It is common for a UPS system to be installed with a battery pack up to 10-30 minutes when used with a standby power generating set. The generator will typically have a day tank (8-hours) or larger 24-hour fuel tank which can be topped up.

The battery runtime should be enough time for the automatic start-up of the generating set with a contingency for a quick investigation in cases where the generator fails to start. Typical examples include an open-breaker, flat starter battery, air bubbles in the fuel line, contaminated or too low a level of fuel (diesel or liquid petroleum gas – LPG). Many of these instances can be avoided if the generating set is subject to annual or 6-monthly preventative maintenance visits including load bank testing and black-starts. For long duration runtimes, the fuel tank itself can be topped-up using local or emergency fuel deliveries.

In some instances it is not possible to install a standby power generator. Examples include rooftops not designed for such an installation or local environmental concerns re noise pollution. In this instance the UPS system may need a larger battery and charger set. Runtimes up to several hours are possible with a correctly sized and regularly inspected battery set.

The most commonly installed battery in a UPS system is a valve-regulated lead acid (VRLA). This type of battery is suitable for standby installations where the UPS battery is occasionally called upon to provide a source of standby power.

Lead acid batteries are typically of the 5-year or 10-year design life type, requiring replacement within years 3-4 and 7-8 respectively. Regular annual battery testing of the individual battery blocks can help to identify failing batteries and/or help to extend the time between replacement cycles.

Lithium-ion batteries are becoming more predominant in every day life. Lithium batteries power our mobiles and tablets and a range of other devices and are the principle replacement or supplementary energy source for petrol and diesel within hybrid or fully electric vehicles. Lithium batteries are also now becoming more popular for use within some UPS installations, whether they have a standby power generator or not.

There are several chemical and manufactured forms of lithium battery available, but they all exhibit similar characteristics and benefits over lead acid type batteries. The principle feature is their ability to rapidly cycle between charge and discharge states, their greater power density and tolerance of higher ambient temperatures. Whilst they do have a higher initial cost the benefits and longer life span (typically from 10-15 years) can lead to a higher return on investment (ROI) for UPS and other energy storage type applications.

Where lithium and lead acid batteries differ is in their electrical charging and power cycling management systems. Lead acid batteries require low-tech charging systems. The batteries cannot be charged too quickly (typically up to 80% within 24hours), requiring a form of trickle charging to maintain their charge state above this and one that is temperature compensating. The materials themselves are typically not flammable and the plastic battery case can be made from fire resistant material.

Lithium batteries are made from a substance that is flammable and a more substantial and sophisticated battery management system is required to protect the batteries during the charge and discharge process and avoid potential for thermal runaway.

Whilst lead acid batteries remain the leading energy source for UPS system installations, the prices and wider acceptance of lithium batteries as an alternative is gaining momentum within server room and data centre applications. Whichever is the chosen energy storage source there may also be the need for additional standby power in the form of a generating set which provides the additional option of being able to be fuelled and size for continuous running and independence from the power grid.

Generators provide mechanically generated electrical power by converting a fuel source including diesel, liquid petroleum gas or bio-fuels in electrical energy. The generators we most commonly use within a UPS installation are used on what is known as a standby power mode. The alternative to this is prime power mode where the generator is run continuously. Each type of use must be sized correctly if the generator is to be able to provide the power required, for the runtime required and to provide this for a reasonable operating and working life.

Generators provide mechanically generated electrical power by converting a fuel source including diesel, liquid petroleum gas or bio-fuels in electrical energy. The generators we most commonly use within a UPS installation are used on what is known as a standby power mode. The alternative to this is prime power mode where the generator is run continuously.